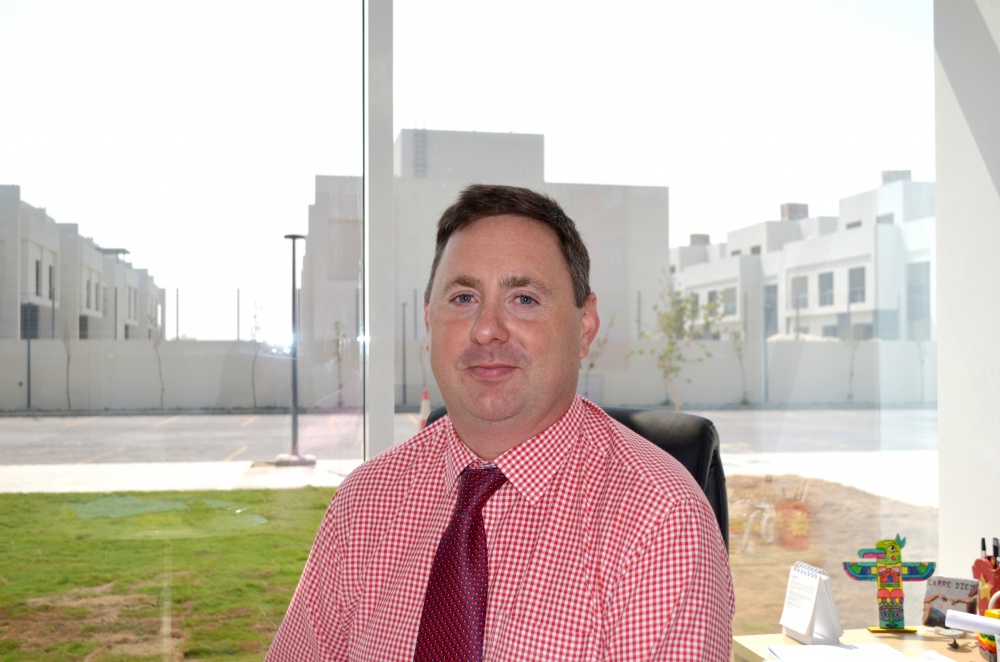 The principal of The British International School Al Khobar (BISAK) in Saudi Arabia, Stephen is starting his own professional development journey on Best Practice Network’s international NPQEL. The programme will prepare him to lead a period of considerable change at BISAK.

Stephen Viner is principal of The British International School Al Khobar (BISAK) in Saudi Arabia. The school has just under 1,000 pupils of more than 50 nationalities, aged between 3 and 18.

Stephen had a successful teaching career in the UK that included deputy headships at a special needs school in Hertfordshire and a Catholic school for boys in London before joining BISAK in 2010 to help expand its new senior school. It was his intention to stay for just two years but he liked it so much he decided to remain and was appointed principal of the expanded school in 2015.

“Working in an international school is enjoyable and very satisfying professionally but it can be very isolating,” says Stephen. “We need to tap into advice and guidance to help us in our roles but that can be hard. It’s been my aim to make sure that my team get access to this professional development and these connections so that they can play a key role in our school’s development - and forge quality career paths for themselves.”

A group of five BISAK staff are now taking NPQ programmes with Best Practice Network. Two Key Stage leaders in the prep school have begun their NPQML studies, while the deputy heads of the primary and senior schools and an assistant head of the senior school are completing NPQH.

The rapid growth of BISAK has made the strengthening of leadership capacity a priority for Stephen. “We are growing so rapidly and we will need more middle leaders in the next 18 months so I need my middle leaders to be in a position where they can develop people and have the confidence and skills to mentor them. It was important to me that my team did a quality professional development programme because they do open doors. I did NPQH in 2005 and it certainly helped me.”

The programmes are helping the school to address some key challenges. “Our senior staff on NPQH are looking at pupil attainment as part of their course projects so that we can understand more clearly if the changes in GCSE and A level structure and grading have had any impact on pupil attainment,” Stephen explains. “These inquiries have revealed a few issues that we have now rectified and they have also helped us to reassure parents and governors that the changes have in fact been in our favour.”

Stephen is starting his own professional development journey this term as part of the first cohort of leaders on Best Practice Network’s international NPQEL. The programme will prepare him to lead a period of considerable change at BISAK. “I’ve been handling the construction of a new site for the school and once this is up and running, we’ll be expanding the site even further to include a purpose-built primary school,” he says. “In order to take the school forward, NPQEL will allow me to link up with colleagues who are handling projects like this already elsewhere in Saudi, Bahrain and other countries in the region.”

Stephen chose to enrol on Best Practice Network programmes because of a long-standing relationship with BPN partner, ESP Ltd.

“We were seeking the right professional development partner for the school and Best Practice Network’s offer, with its focus on online delivery and lots of opportunities for collaboration with other leaders, convinced us,” he says.

The online learning element of the programmes has worked well for the team at BISAK, says Stephen. “The online learning platform has worked well and our team have been very happy with the standard of support they’ve received from facilitators and their mentors. I would recommend the programmes to fellow leaders of British international schools. I want my team to be able to take responsibility for their areas and run with them, and these programmes will help them to do that.”

Find out more about our suite of international npq qualifications here.

CPD: Books on the balcony...

School leaders can find inspiration and solutions if they build reading for professional development into their schedules, says Yvonne Gandy.

A focus on the unique child is key to understanding how cultural capital relates to best practice. Here Sian Marsh of Best Practice Network highlights the approach of Kids Planet Day Nurseries.